I decided to take a trip to The Photography Show, my main aim for visiting was to see new gear and make some new contacts. While looking around the kit I was particularly interested by the Benro UK stand which had a plethora of tripods and heads across the range, I already had a very small Benro MePhoto tripod for travel photography and like the quality but had never really considered the Benro range for my main tripod which I use primarily for landscape photography. I took a look around the stand and have to say I was pleasantly surprised with the kit and found the quality in all the ranges to be of really great quality and decided to spark of a conversation with the Brand Manager for Benro.

At this point is important for me to note that for years I have been an avid Manfrotto user and totally on a 3 way head rather than the popular ball head, the main reason being that I hadn’t found a good enough quality ball head from Manfrotto which was up to the job. In all honesty I have been a little disappointed in the Manfrotto range lately and have found the quality to steadily decrease over the years but that’s just my opinion and many others may disagree (which is fine by me). After some time being shown through the products and considering pros and cons of each, I decided on the TMA38CL Mach3 9X Carbon Fiber Tripod and the V3E Ballhead.

So the choice of tripod was pretty straight forward, my main use for it (although not only use) is landscape photography so there’s a real advantage here – carbon is nice and light compared to aluminium – this makes it much easier to lug around on treks for the shots I want to get. Carbon also doesn’t get freezing cold in the same way that aluminium does which makes it much more pleasant to use in colder temperatures if I happen to have my gloves off because I don’t always like to wear them, that being said there’s a nice review on some Rab gloves I’ve been using and finding them much better than any others I have used! As well as the advantages given my carbon this tripod could go nice and low to the ground but still get nice and tall, this along with the twist lock legs made it a really good model for my uses.

“So what made you choose a ball head since you don’t like them Tom?” is the question I think you might be asking! Well the ball heads that Mark brought along with him to our meeting were certainly all of great quality, seriously, superior quality. They seem to have taken the same unmistakable quality from their Induro range and put that foundation into their whole range of heads, their movement feels almost mechanical and you are truly in control at all times. It also coped perfectly with the heavy weights of a Canon 5D Mk3 with battery grip and 70-200 f2.8 lens on board – not the lightest setup in the world but the head never gave any inclination of giving up, not even a gradual change in position over time, once locked in it felt safe and I could happily step back – but not too far – I wasn’t completely in love with it yet.

So it was decided, I just had to wait for the gear to arrive… and not too many days passed before the courier arrived at the door to see me grinning from ear to ear. I was looking forward to unboxing the kit and getting it tested out in the field.

So on first inspection the packaging from Benro is lovely and obviously shows the guys care about how their products are presented as well as how they function. Some might think that they’ve spent unnecessary wonga on some packaging but not in my opinion, it shows a great level of professionalism for the product inside while also making it appealing on the shelf in store I guess. 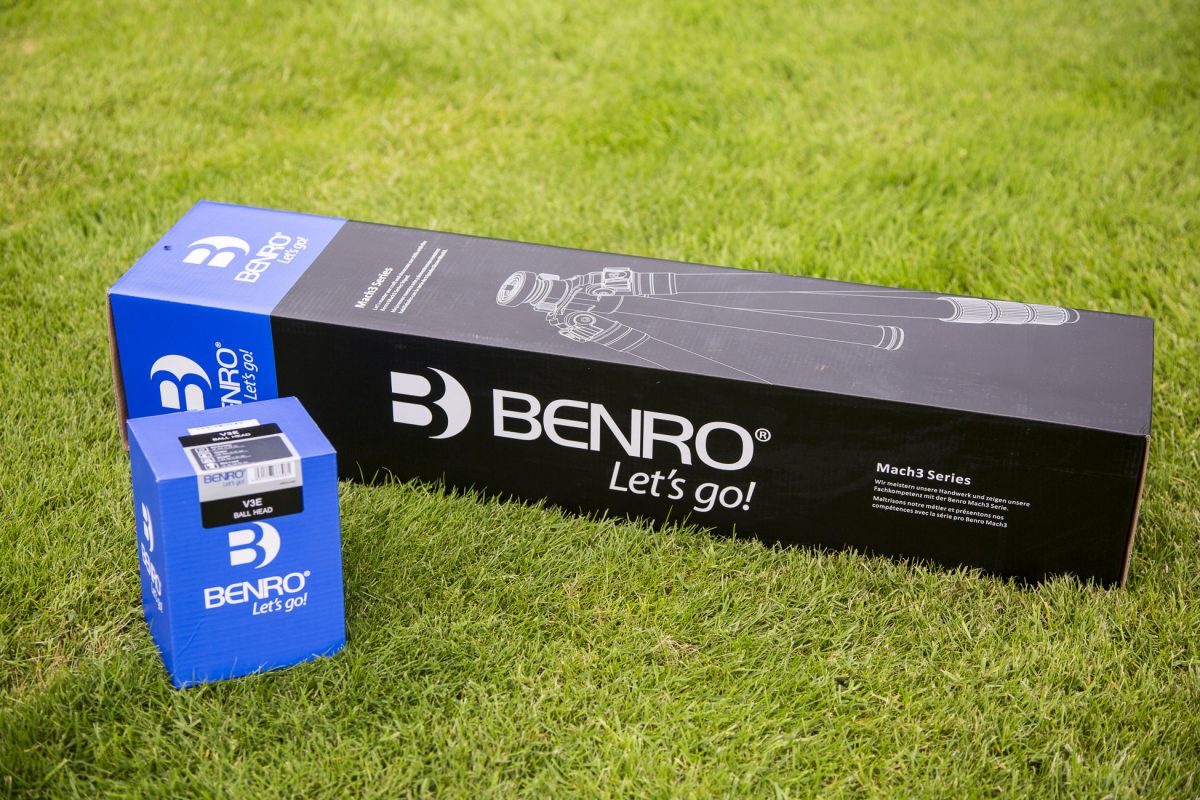 So once you get into the box you’ll find that the tripod is encased in what can only be described as a really useful tripod bag, generally speaking I don’t use the bag all that much other than transporting or storing the tripod as I often carry mine on my LowePro Trekker 650 AW while I’m out in the field. But I can see how it would be of use to others but definitely not a major factor for me. 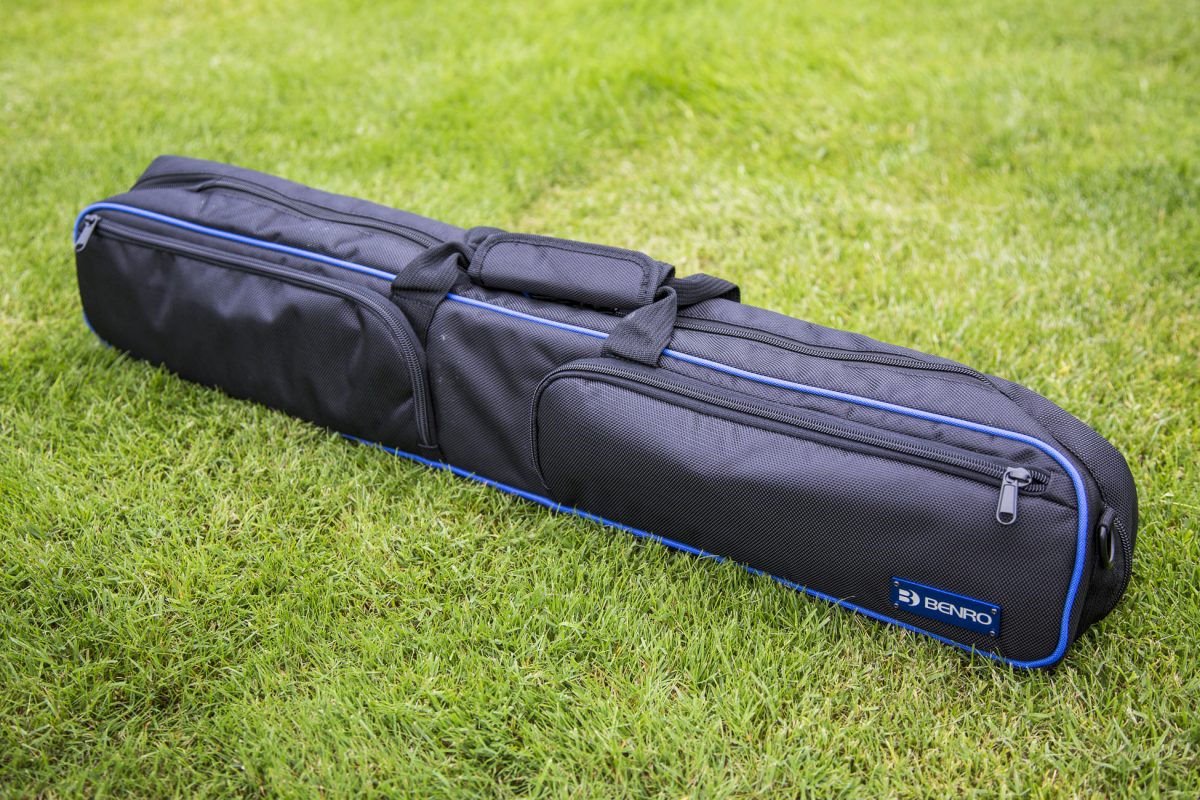 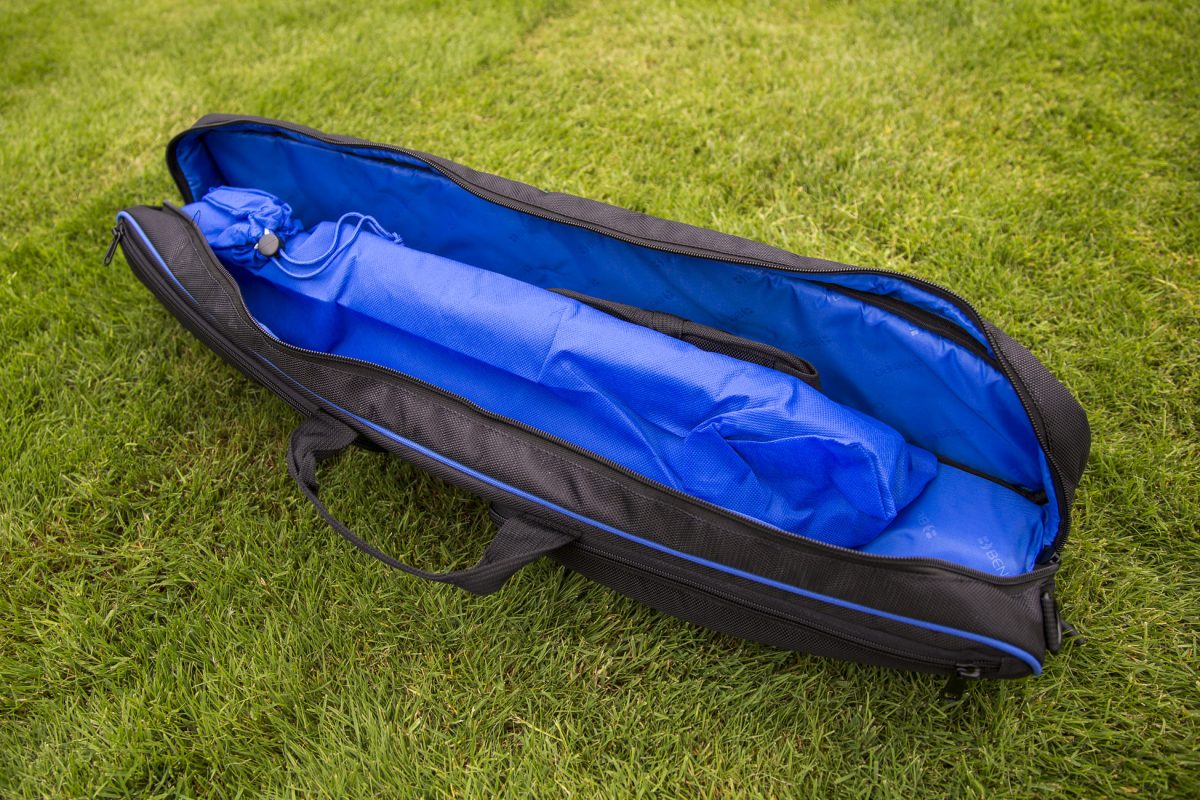 One thing I have added to the system is an ASC3 Short Center Column just because for some of my shots I like to get nice and low. I certainly don’t need the extra height given the maximum height is 177cm without a head or camera mounted in top, I’m 182cm tall so it’s a good match. Plus I don’t like extending the centre column anyway, you never get the same stability in my opinion and it can be pretty windy out in the landscape!

The TMA38CL Mach3 9X Carbon Fiber Tripod comes with all the usual features you would expect from a tripod like a bubble level in the main body, adjustable leg positions, adjustable leg height, hangers for a bag or weight and as I have already covered an interchangeable centre column. 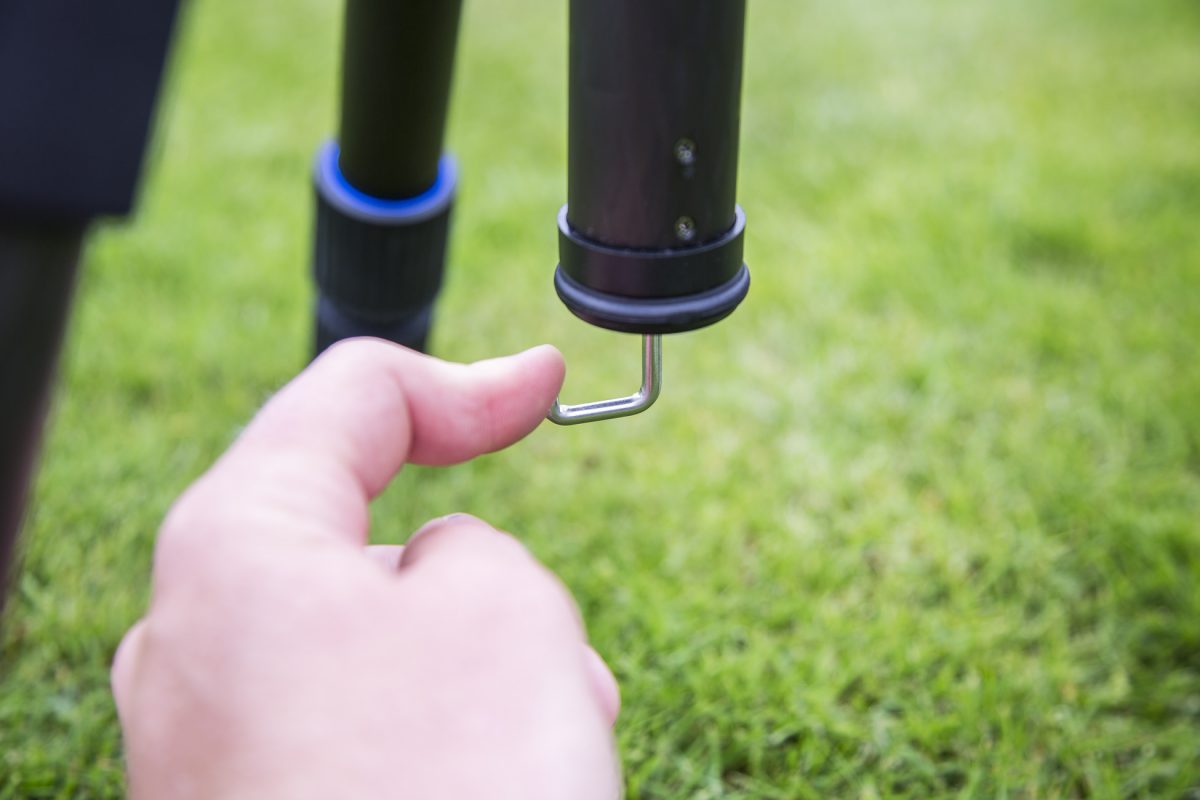 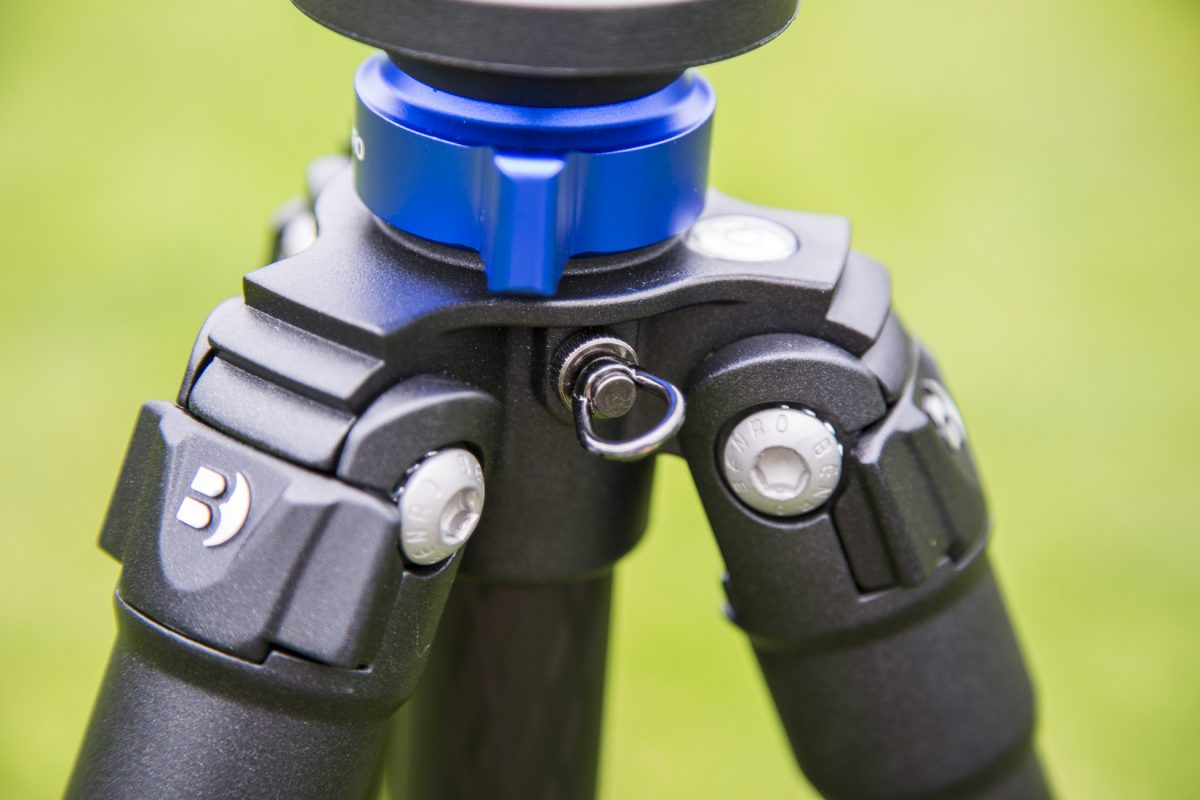 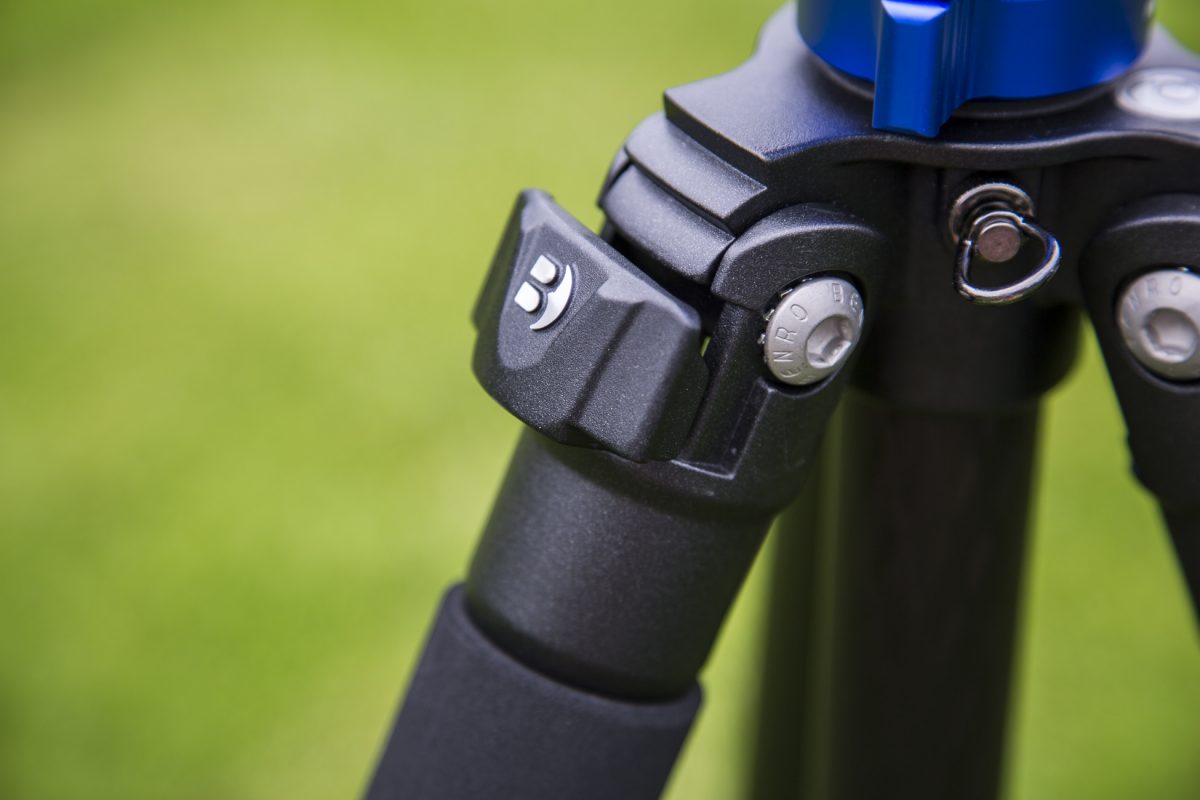 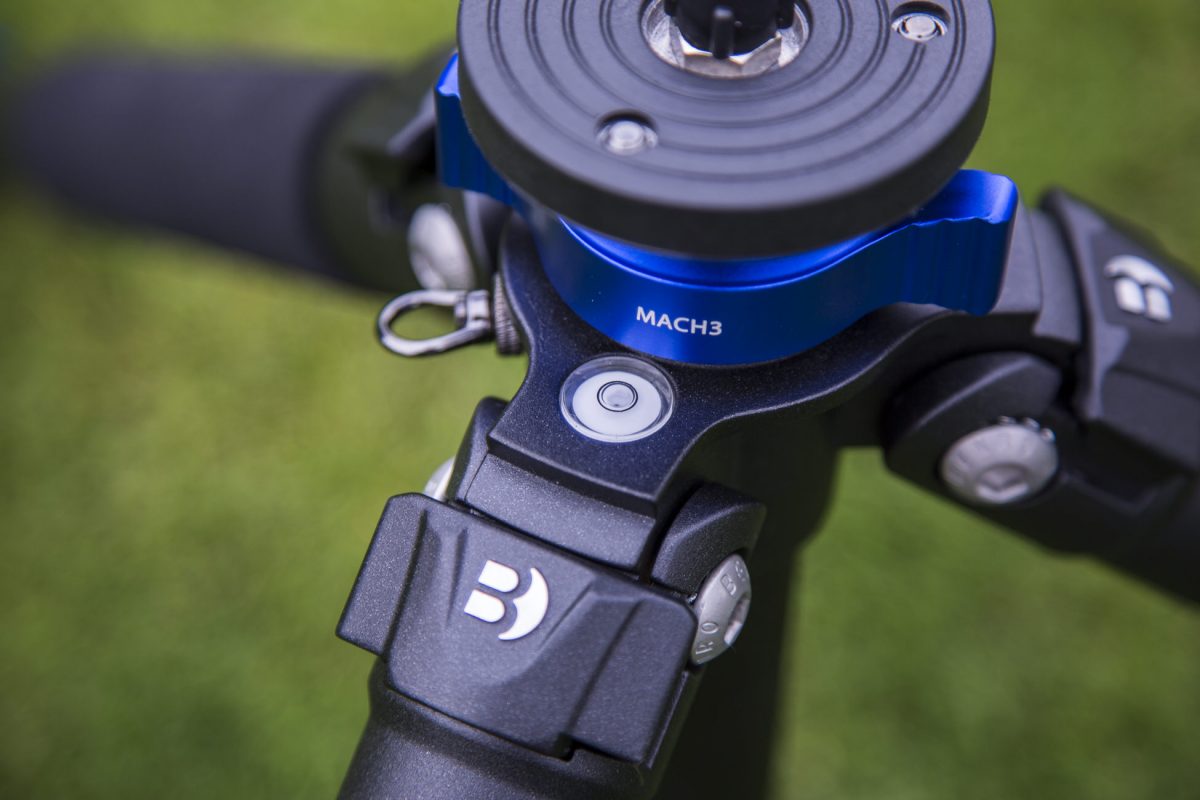 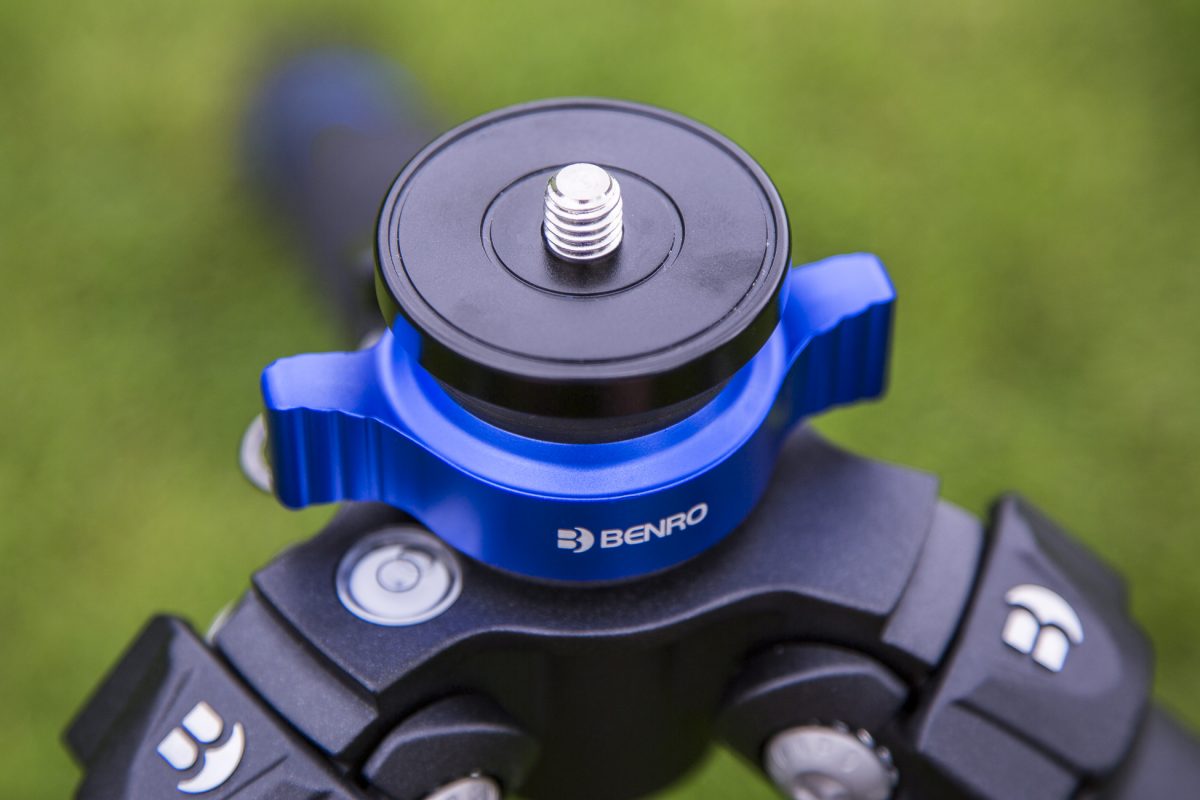 There’s plenty of room for adjustment on the height as well, below you can see the 3 different angle positions you can have. I found that I could get the tripod really low which is great for macro work and getting really good extreme low angles. 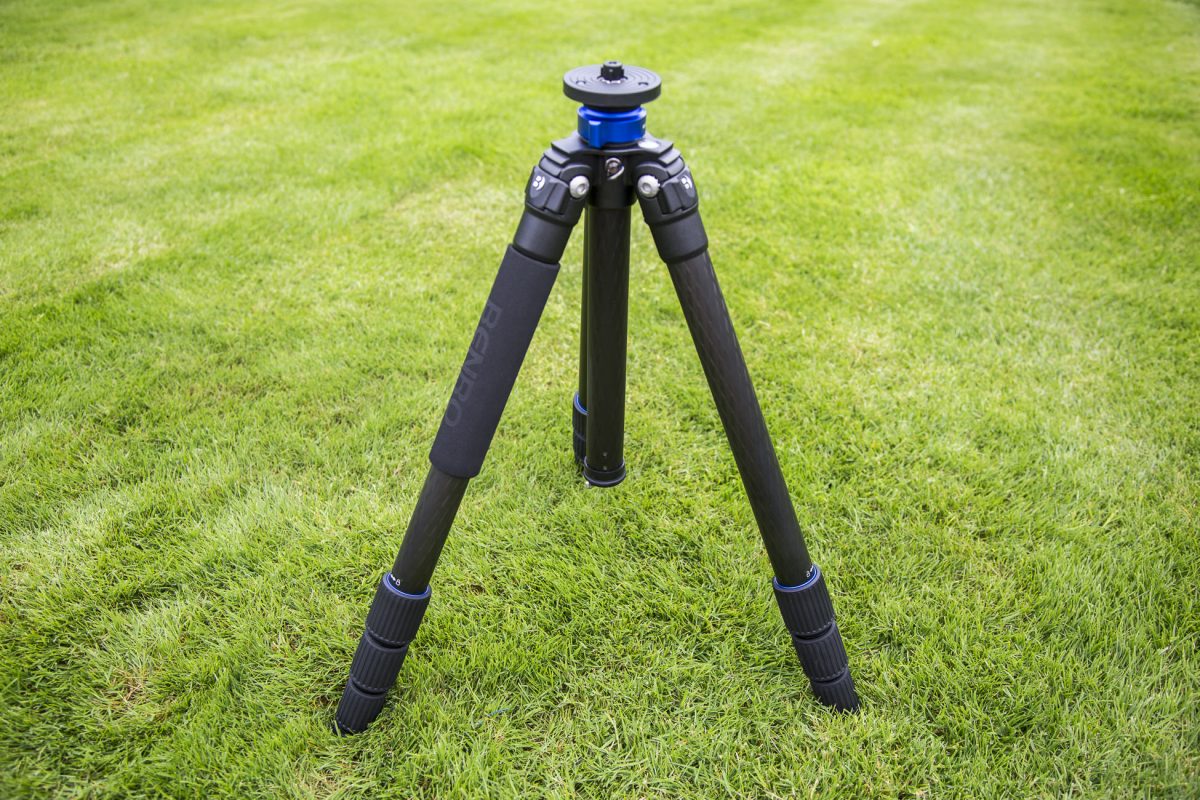 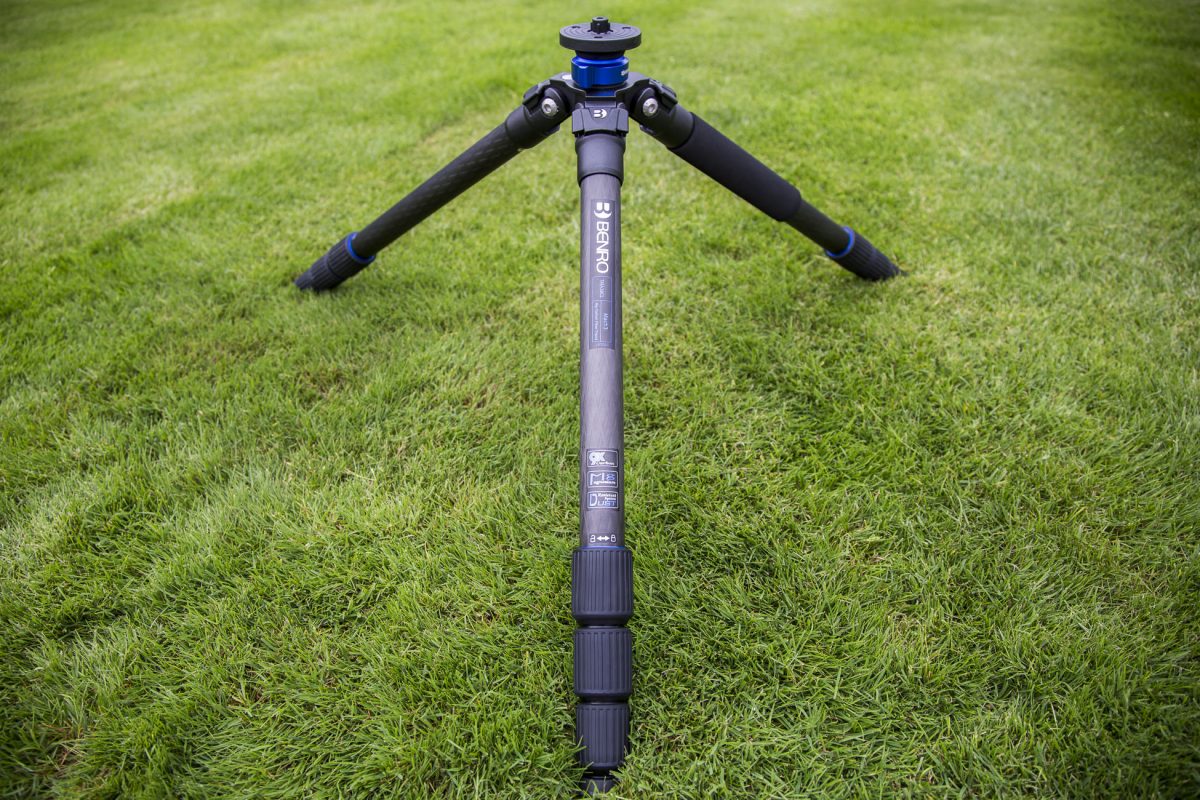 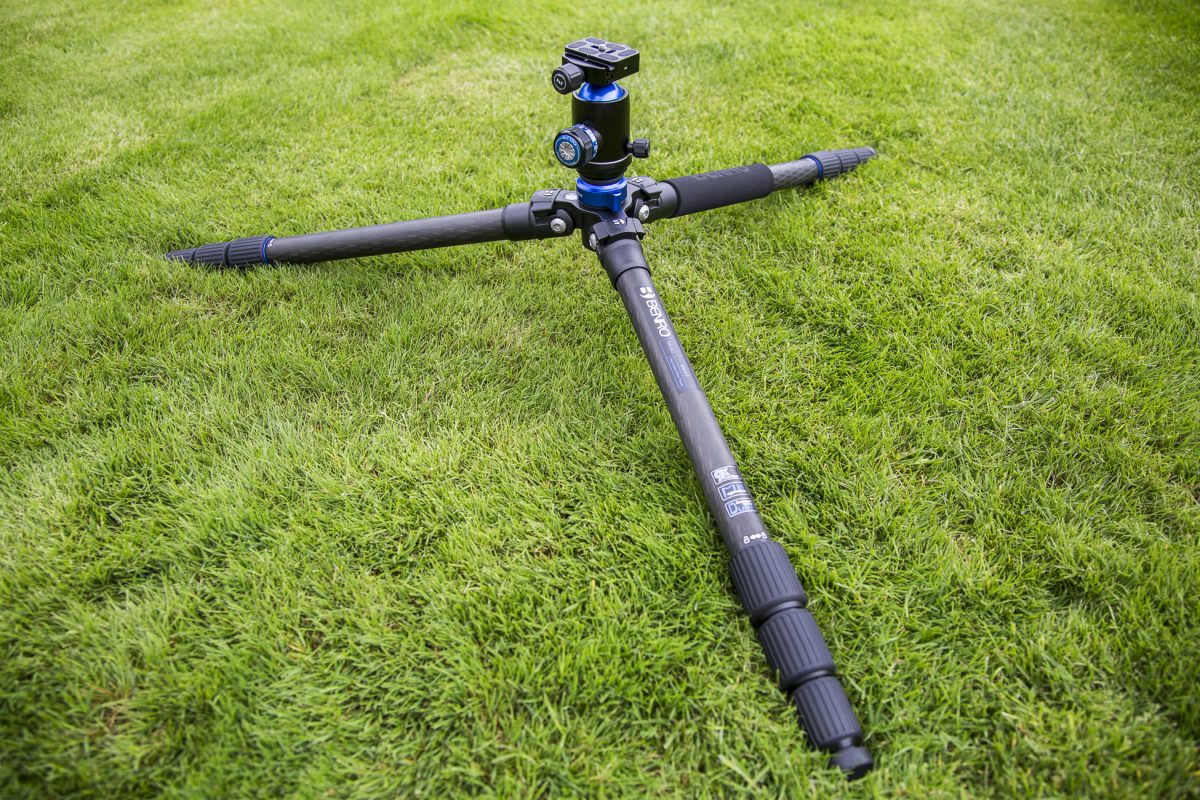 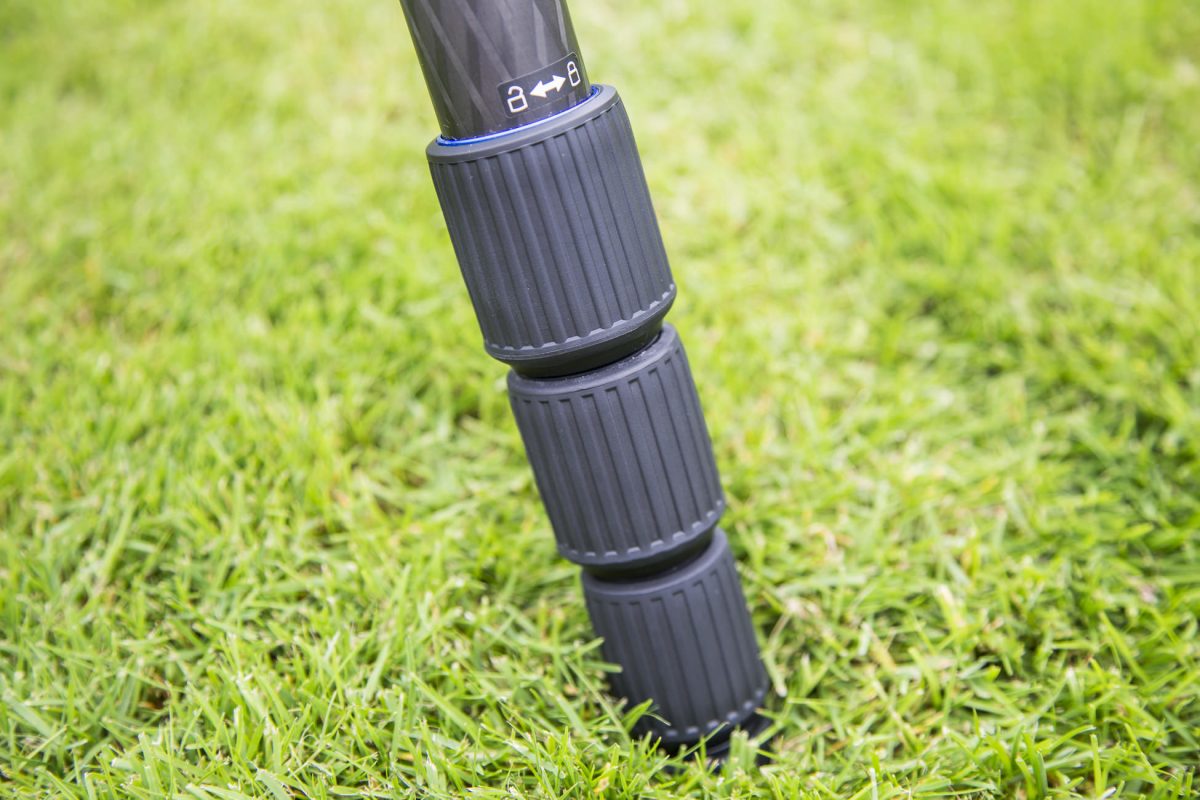 One reason I chose this setup was due to the way the leg locks work when extending the tripod height, rather than the usual cumbersome clips which you flick up Benro have opted for the locking rings on this model. They’re really big and chunky with a good sturdy rubber grip which makes them extremely easy to use with gloves on and especially useful in the cold weather… no more snapping clips on cold fingers or struggling to use them with gloves on again.

My first impressions of the ball head were how cosmetically superior it looks, I love that Benro have chosen to highlight the ball itself in their well branded bright blue colour and the same accent on the ball release. Aside from looking fantastic there are some really notable features, the head works with the Arca Swiss mounting plate which can only be removed by releasing the plate locking bolt. The bolt can be tightened by twisting clockwise as you would expect but cannot be released by twisting anti clockwise before pulling the bolt out, a very welcome feature to keep the camera safely mounted on the head! The head also has another built in bubble level, great if you want to get this completely level. 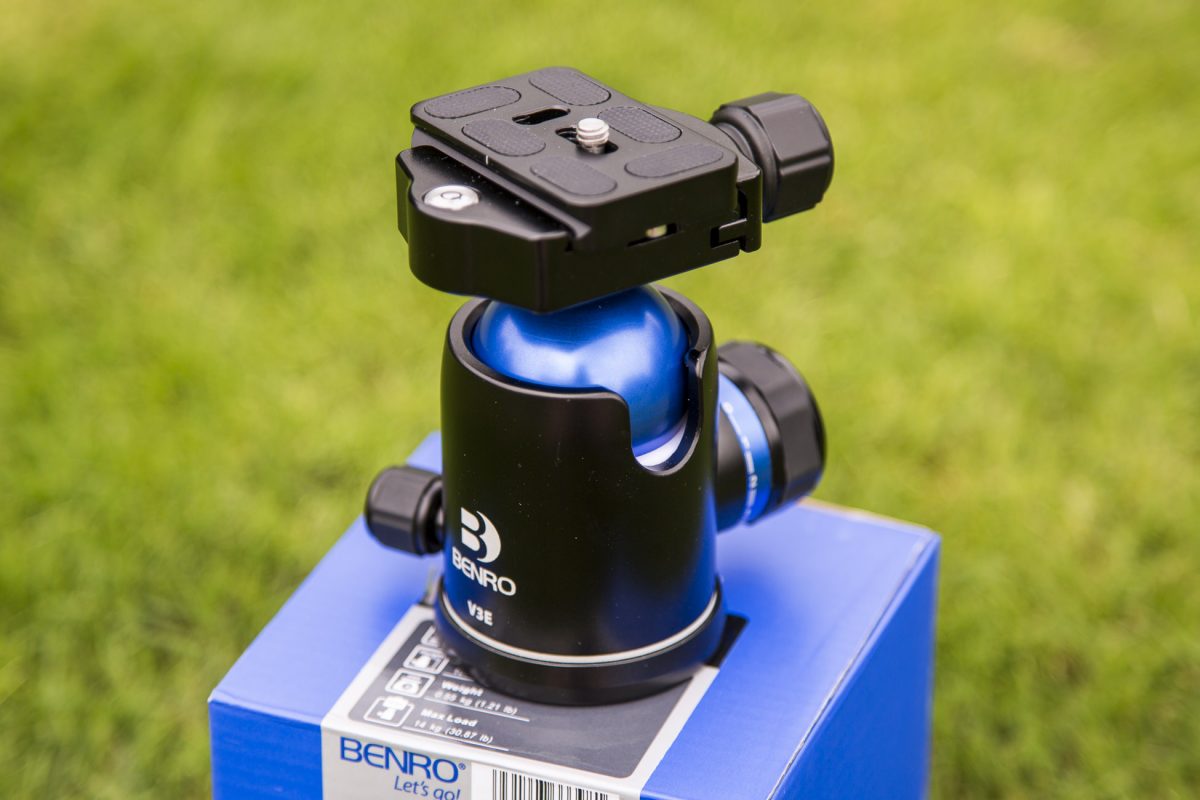 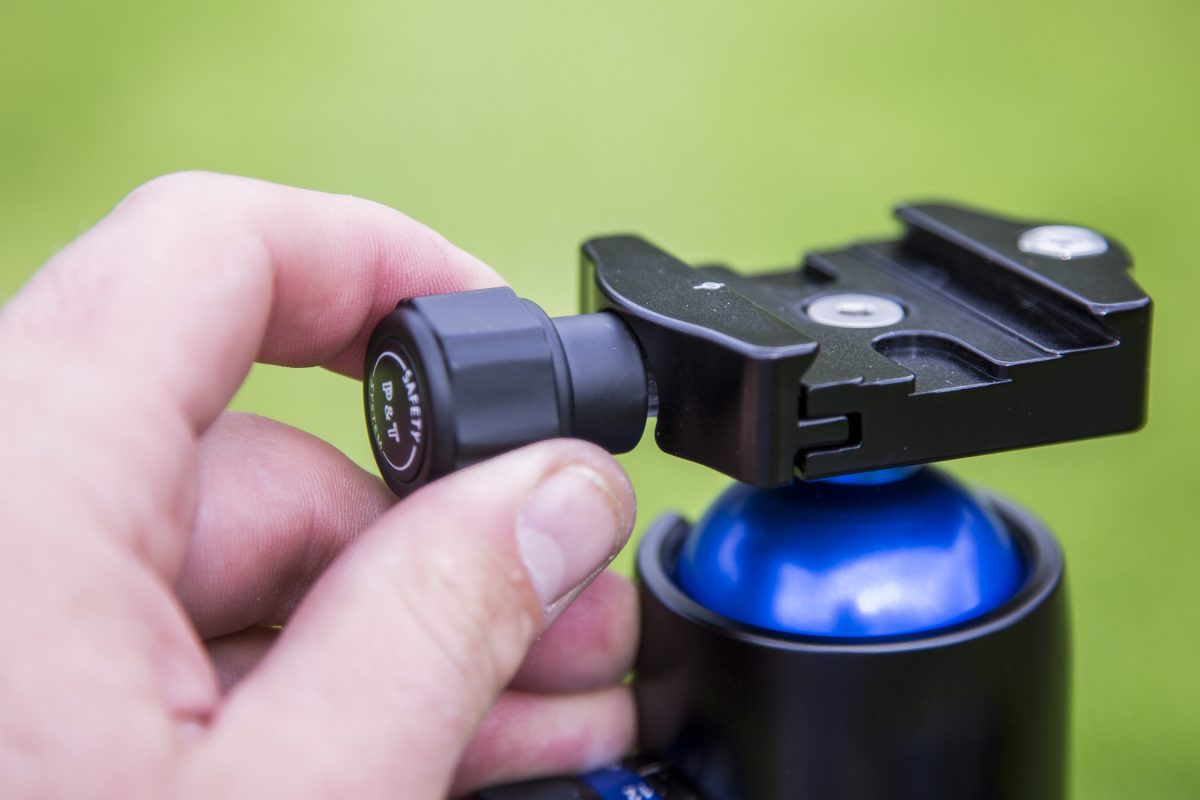 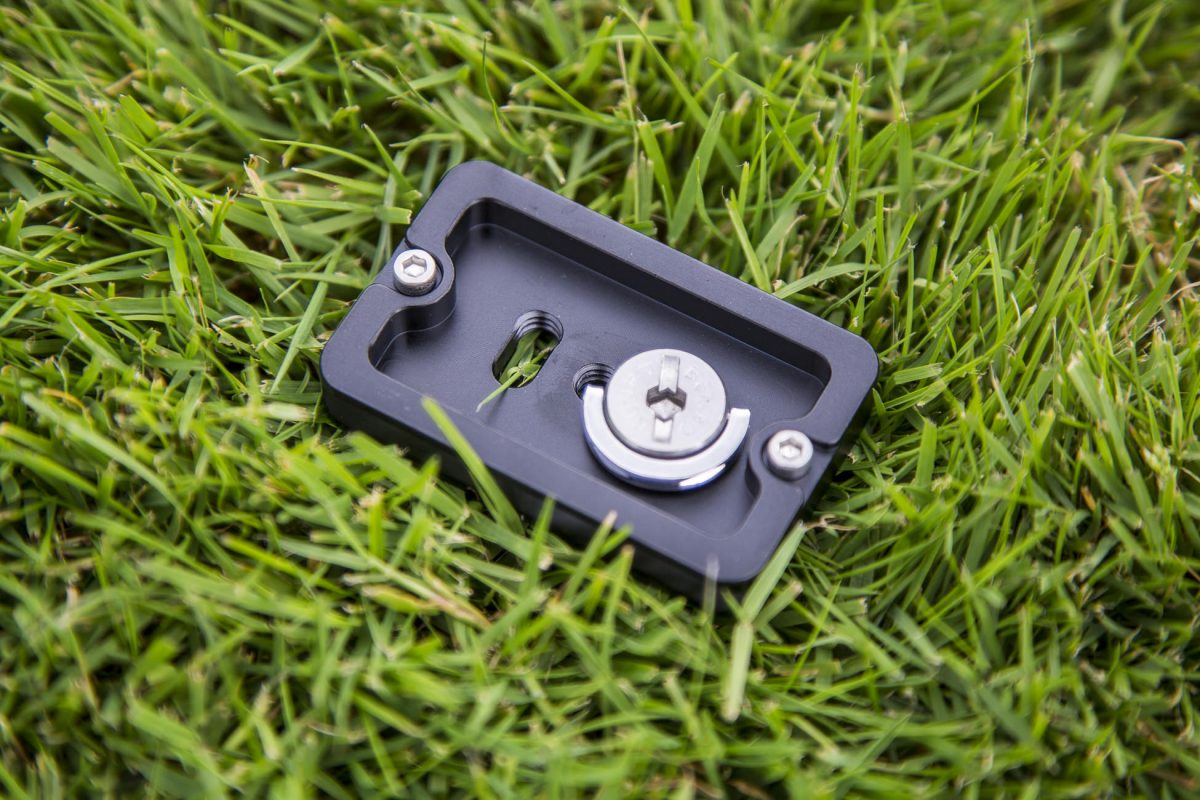 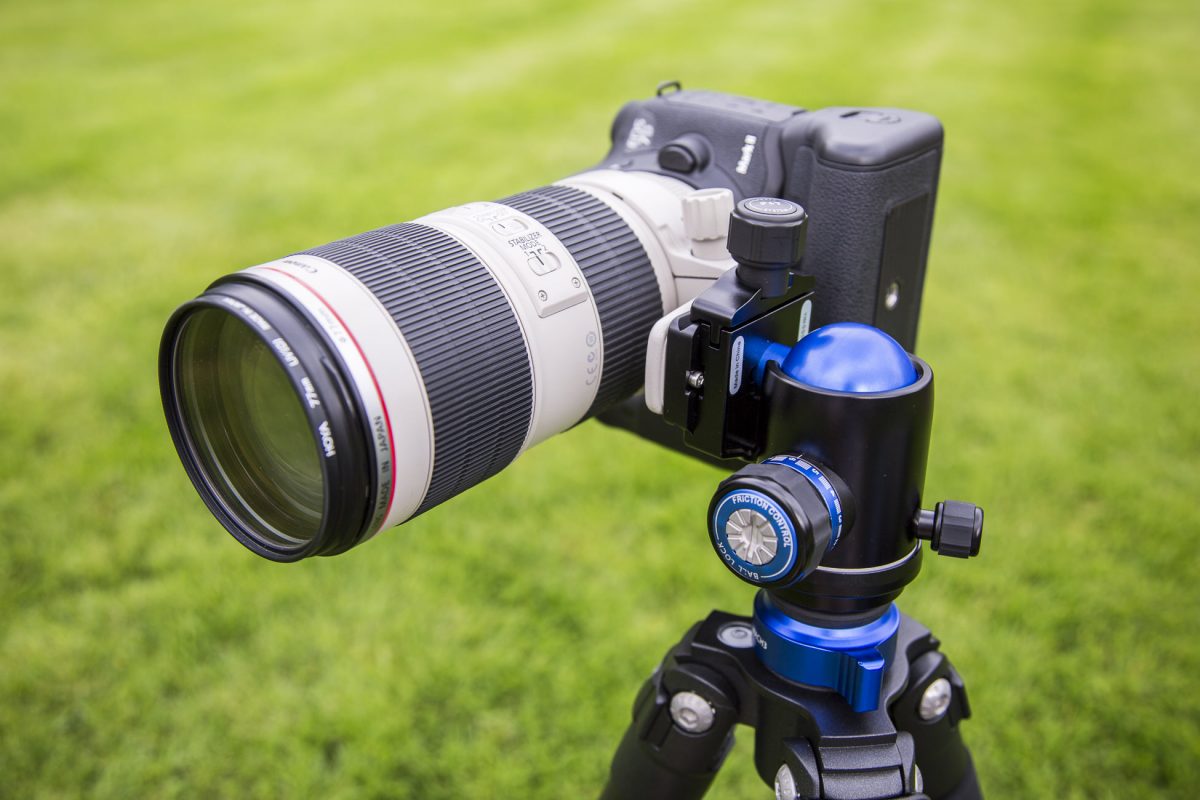 As you can see from the images above the head is more than capable of holding a good heavy setup even in portrait format where the head should be at it’s weakest point. I certainly didn’t have any worries with my kit on it! The Arca Swiss plate as you can see also has two bolt underneath which screw into the base of the plate, these corresponding bolts match up to grooves on the heads plate meaning that even if the release is slightly loose, the plate cannot slide out of either side, a welcome safeguard. The screw to attach the plate to camera also has a really useful ring which allows you to get the bolt nice and tight to the base of the camera, or you can use the provided slot and allen key hole.

So there are two main screws in the head, one is the pan lock and controls the horizontal rotation which is incredibly smooth and fluid. The other releases the ball but this large ball lock also has a built in friction control. It’s nice and big so easy to use again in cold weather with gloves on, you simply lock the ball off and then adjust the tension by twisting the centre disc making it easy to have a head which has good control over the fluidity of it’s movement. 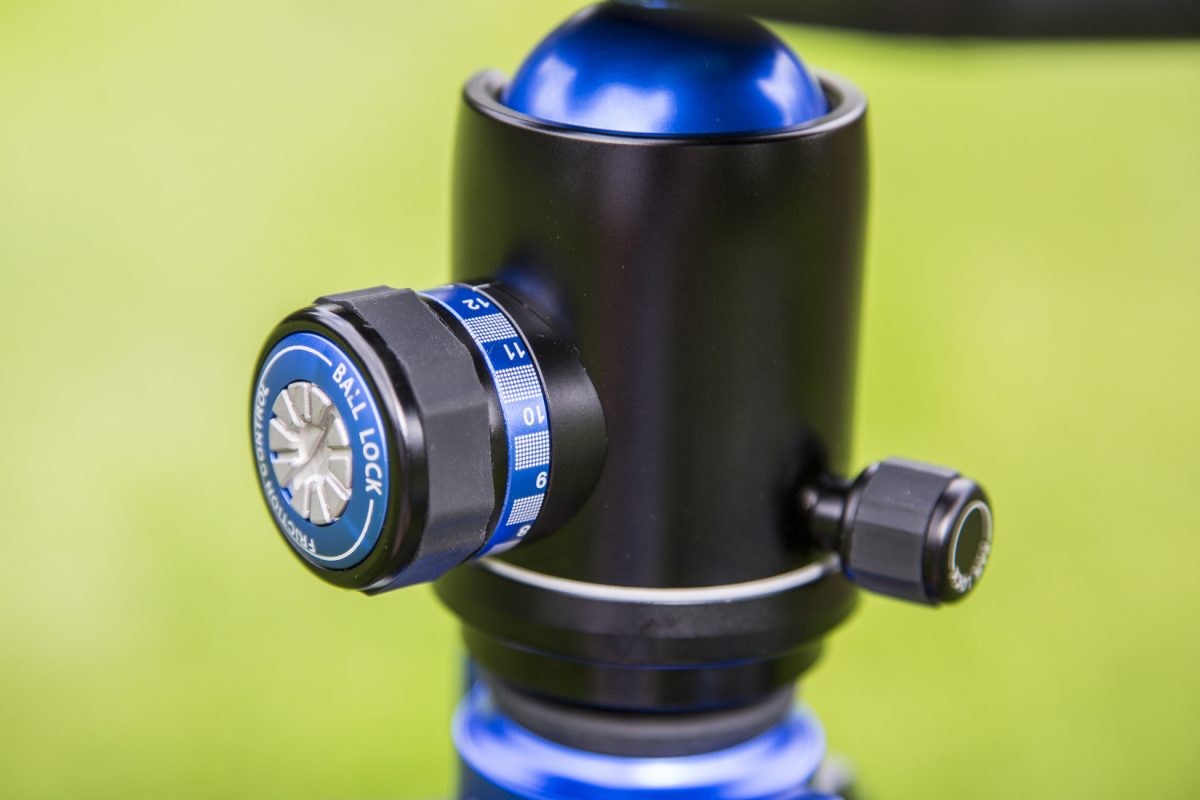 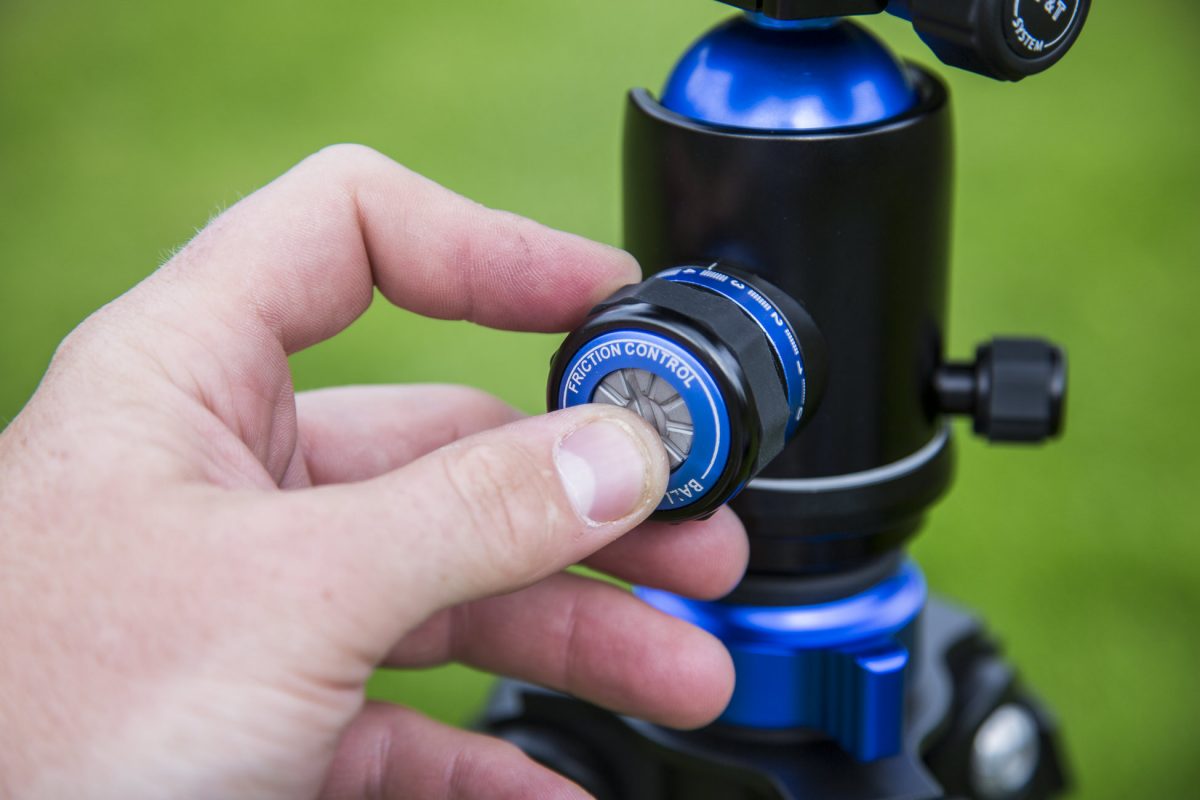 I am really happy with this setup and I have to say I won’t be looking back from Benro at all, as long as they keep making great products I will keep them in my kit selection. The build is great quality and I just haven’t had any issues with it at all, so if you’re reading this blog because you’re considering a Benro tripod then my single piece of advice would be STOP, stop considering and get one purchased, you really won’t regret it!

About the Author: Tom Hodgson

Page load link
We use cookies to ensure that we give you the best experience on our website. If you continue to use this site we will assume that you are happy with it.OkPrivacy policy
Go to Top